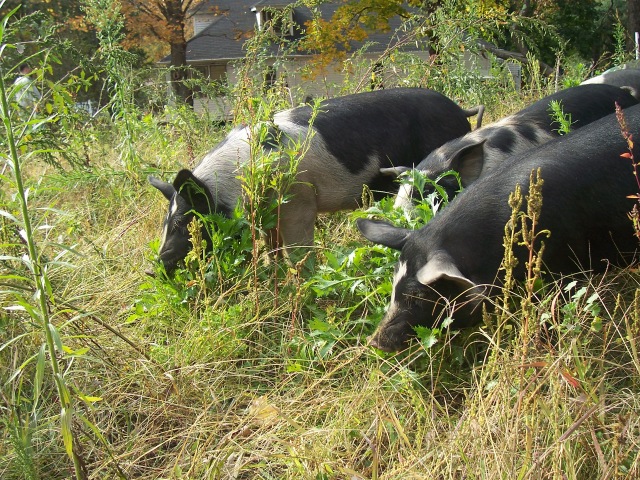 When we first moved here about 11 years ago, we came with the intention of farming our new little 14 acre plot.  We were younger and much greener, never having the opportunity to spread beyond back yard animals and a garden, so it didn’t take very long to realize that there was alot of work ahead of us.  The first year, after performing some basic preparations like spreading lime and adding a few organic amendments, we planted a fairly large garden but very little grew and almost nothing grew well.  The next season (and every season since) we added a bunch of compost from homemade piles.  It helped, but we simply could not make enough for the amount of land we wanted to plant.  We needed much, much more than we were making.  We even sought external sources of chicken manure (against our better judgement – you never know what might be in it), but nobody local was taking any new customers for delivery.  We couldn’t believe it.  There isn’t enough poop in CT to go around!  (I should just go to the state capitol where there is never a shortage…  ahem… but anyway…) 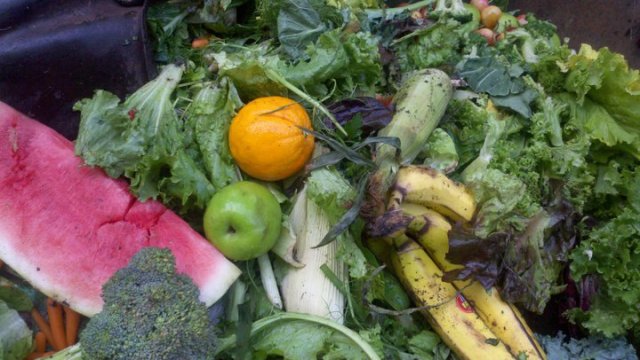 So, one year in the fall after the weeds took over, we had one of those “well, duh” moments.  We fenced in a garden area and just threw some pigs on it.  We expected good, but we didn’t expect the immediate and dramatic improvements that occurred.  We also received another surprise : pigs plant seeds!  Our pigs eat alot of produce.  Their entire diet is composed of leftover produce from local markets and what they glean from the land.  Naturally (figuratively and literally), seeds either “pass through” or get dropped then trampled into the ground.  In one area which we didn’t plow or plant, there was a full garden of tomatoes, squash, eggplant, peppers, and, of course, weeds.  In another area, last year we set up a small 10 x 10, temporary spot for some piglets, and that area magically produced about 40 butternut squash without any garden work on our part.  We are now fertilizing our gardens and land with several tons of produce that passes though a natural “produce processor” which, in turn, produces healthy pork and more produce.   It seems that the pigs are better farmers than we are, but we take credit for it anyway.  Pigs are humble creatures and don’t seem to mind that we steal their accomplishments, as long as they are well fed.  Not a bad arrangement.

All this has got me thinking about permaculture.  Permaculture is a method of farming that focuses on creating conditions that allows plants and animals to thrive by balancing the natural inputs and outputs of multiple species in concert for the maximum benefit of all.  In contrast, modern farming relies on the manipulation of conditions which requires maximum input of human ingenuity, repeated use of machinery and synthetic inputs to produce a specific output.  Partly due to our experiences, I am becoming increasingly convinced that the pupose of modern farming is to sell fertilizer.  If you want better soil put an animal on it.  Simple.  Probably one of the best known “permaculturists” is Sepp Holtzer.  (Turn captions on for subtitles if you care to watch.)  He’s a fairly eccentric fellow, but his land is beautiful and productive beyond compare.

Our little experiment with “Pigriculture” is turning some wheels in my head on how we can transform our little patch.  Wouldn’t it be something if, instead of stressing about the perfect grass manicured landscape, we all turned our own little yards into semi-self sustaining, food-producing, nature enhancing oases?